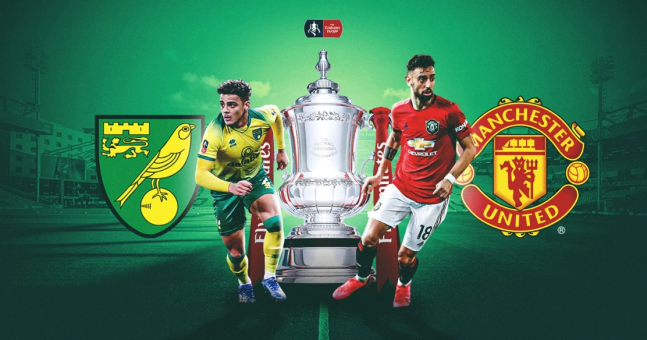 Norwich have reached the quarter-finals despite playing all 3 of their games so far away from home.  In the Round of 16 they beat Tottenham 2-1 on penalties and previously had seen off Burnley and Preston.  Things continued to look very bleak for Norwich in the League and they sit bottom of the table, 6 points adrift of the second last team.

Manchester United beat Derby 3-0 away in their last 16 match and prior to that they trounced Tranmere 6-0 and beat Wolves 1-0 at home in a replay after the first leg finished in a goalless draw.

United have yet to concede a goal in the FA Cup this season and I am backing that run to continue.