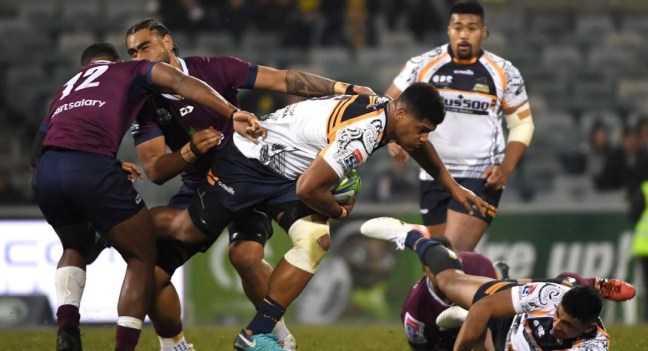 The Brumbies and the Reds will meet in the Super Rugby Australia Final in Canberra on Saturday and we take a look at the game from a betting angle.

The Brumbies last match was a 26-7 defeat to the Reds in Brisbane, but that was a dead rubber for both sides as the Brumbies had already sealed top spot and the Reds second spot on the log.  Their last 2 home games have seen a 17 point win over the Force and a 27 point win over the Waratahs and when these sides met in Canberra earlier in the season the Brumbies needed a last minute penalty to snatch a 22-20 victory.

The Reds have played better as the season has gone on and their defence has been particularly impressive.  In their last 4 games they have conceded 13, 7, 5 and 3 pointsrespectively.  They played the Rebels last week in Brisbane for a spot in the Final and despite conceding plenty of possession in the second-half they won 25-13.  The match was a very physical encounter which certainly would have taken its toll on the Reds players and they had a number of injury concerns this week.

This game could well be as close as the bookmakers are suggesting, but I give the edge to the Brumbies based partly on home ground advantage, but also the fact they will be the fresher side at the end of what has been a contested Tournament.

There will be plenty of other opportunities to bet in play and points lines will be out closer to kick-off.