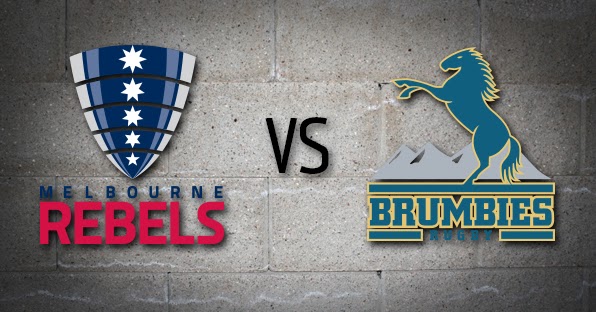 The Rebels beat the Force 25-20 last week, but only after a super time try after the sides had finished level. It was a disappointing performance from the Rebels especially given that the week before they put the Waratahs away by 19 points.

The Brumbies kept their 100% record when they came from behind to beat the Reds 22-20 with the final kick of the game sealing the win for the home team. It was their second nail biter having just edged the Waratahs 24-23 in Sydney a few weeks back and when the Brumbies and Rebels met in the early round of the competition it was the Brumbies who won 31-23 in Canberra

This is not a confident call, but I haven’t been impressed by the Brumbies yet and if the Rebels can reproduce the sort of form they showed against the Waratahs they will be big runners in this one.