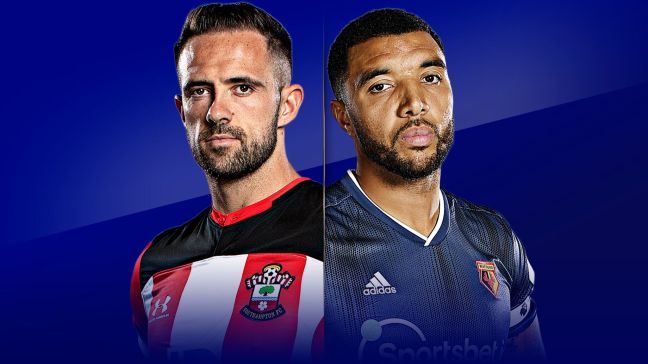 Sunday’s game features Watford at home to Southampton.  Watford are currently 16th on the log and having rescued a point against Leicester in their opener they were beaten by Burnley away in midweek.  Their home record has been less than impressive this season with just 4 wins in 15 starts and 9 of the 15 Watford home games have had 3 goals or more in them.

Southampton are only 2 spots above Watford in 14th, but they look very secure as they are 9 points ahead of the Hornets.  They beat Norwich 3-0 away from home in their first game since the break, but went down to Arsenal at home on Thursday night.  Southampton have won 7 of 15 away games this season and as far as goals go 10 of their 15 matches have delivered for over 2.5 goal backers.

Southampton won the reverse fixture 2-1 earlier in the season.

Watford are at that point of the season where they will scrap for every point and this fixture has finished a draw the last two times Watford has hosted.